So here we are on New Year's Eve, getting ready to say good bye to 2010 and hello to 2011. Everyone is doing recaps and lists and I wanted to join in the fun. So I stole this idea from All Things Fadra. I hope she doesn't mind. I put together a few of my favorite snapshots from this past year. 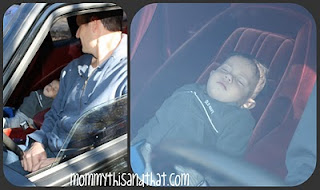 Hubby went back and forth about selling this mustang. Turns out Spencer LOVES it. So much that a ride up the street knocks him out. Well, it did back in January. Now? Now he climbs in and tells his Daddy "fast, Daddy, fast!" Can't sell it now, can we? 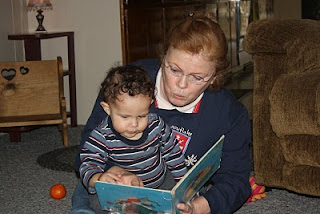 Spencer and his Grammy K. I love how into the reading he is and hope he enjoys books as much as I do as he gets older. 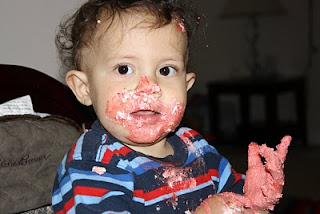 Spencer's first birthday! A face that everyone loves. Spencer and his godparents, my brother and his wife. 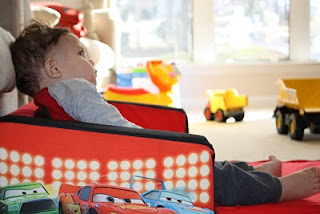 Coach potato and at such a young age! 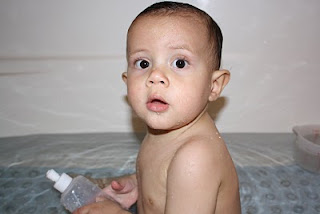 Who doesn't love a baby in a bathtub? 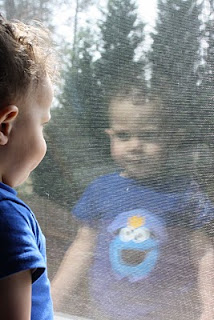 Just an all around great shot. I so wanted to win a chance from Modern Bird Studios to re-create. Maybe next year? 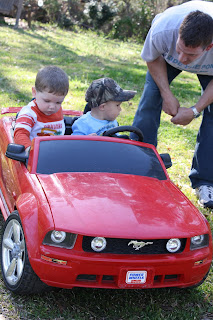 Spencer and his cousin get tips from Daddy on how to drive. 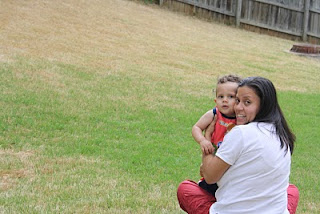 Spencer and I in the yard on a nice spring day. He loves the outdoors! 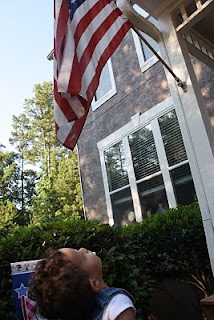 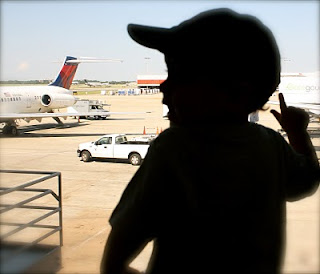 At the airport, looking at the airplanes. 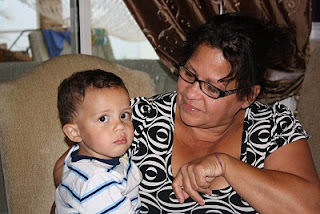 Spencer and his Grammy Gigi. His expression is priceless. 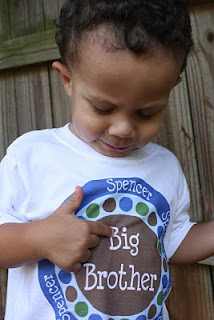 The day we shared our news with our families. 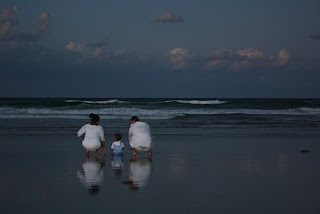 This is my favorite shot of the year. We took this on vacation and it just makes me smile every time I look at it.

It is amazing to see my little baby grow into a toddler. *sigh* How fast the time goes when you have a child. And now with a second on the way it will move even faster. I resolve to not wish any time away with either of them.