I had been wanting to take Spencer to the farm ever since the weather warmed up and he became quite the master of saying moo anytime he saw a cow. He's actually become quite proficient at saying moo, woof, meow, and oink. He certainly knows his animals and the sounds they make and so I thought the farm would be a hit.

After doing a bit of looking online I found a farm about 70 miles north of us that deals in miniatures. That's right, miniature animals! And all the animals are raised to be use to kids and adults, so it's a win-win for a first timer. We woke up Sunday and I decided it would be farm day.

It was hard to explain to him where we were going and for a while he rode quite well and I piled on the snacks to keep him content and he just about made it without a whimper. But I don't blame him, long car rides buckled into one place can get on my nerves too.

When we arrived the first thing he saw in a pasture were two huge horses grazing. He watched them in awe and I could see the excitement in his eyes as he took his Daddy's hand and they made their way to the entrance. We were greeted by the owners and two huge, furry dogs that just watched as people made their way around. I'm a sucker for dogs and had to go over and pat them both. Can't remember what type they were, something with a rather long name but they were HUGE. Spencer kept looking at them and going woof, which was adorable. Especially since the dogs just stared back at him and said nothing.

After getting our farm snacks for the animals we were shown the easiest way to make it around the farm. Everything is behind gates and fences and you basically go through once gate, close it and go to the next one which will lead you to an animal. First up were goats.

I didn't know how Spencer would react at the goats, which were about as big as him...but I needed not worry, as he went right up to them and touched and patted and fed them. He had no fear as he walked around their pen. Of course they knew they were going to be fed and even when one hopped up on him and about knocked him down, he didn't flinch. 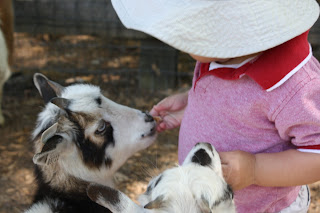 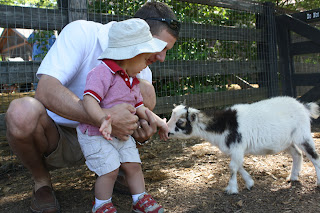 I really thought he would be the most interested in the animals that we talked about on a daily basis: cows, chickens, pigs. Instead he was more interested in chasing turkeys, donkeys and sheep. And wasn't scared of not a one of them. Course like I said, this farm has all miniature animals so even at his size, they aren't scary. And they are all well behaved. I fell in love with a goat and had a baby donkey follow me around a bit. Both quite adorable. 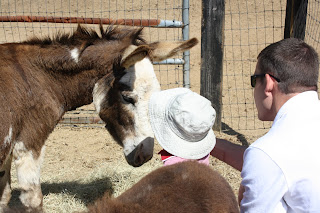 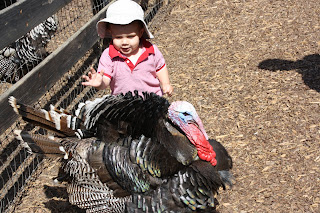 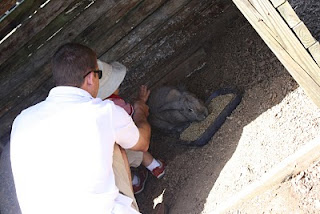 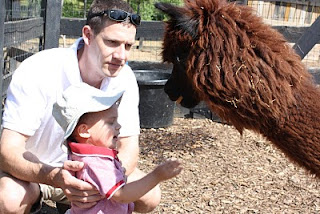 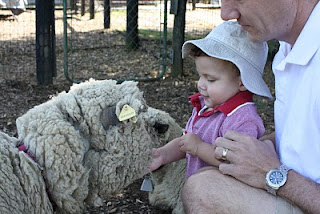 But the best part is how he did with a full-sized pony named Honey: 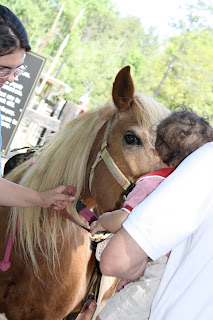 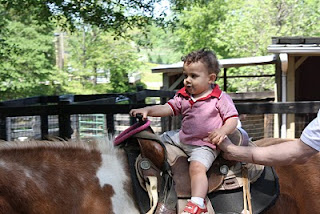 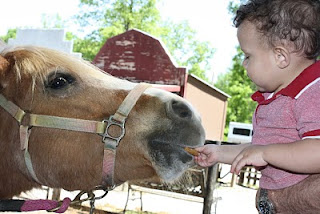 After several hours of fun we were all pooped and ready to head back home, can you tell? 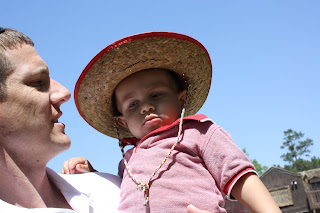