This past week we celebrated Spencer's 5th birthday. At Christmas his best bud turned 5 and this brought about a lesson in patience and being a good friend. See S, was truly bummed that his friend was now older than him. For some reason he thought because of this, they could no longer be friends. And so he shunned his friend for almost two months. They would play, but their usual fervor was just not there. This all through me for a loop. Even when I explained how I am older than Daddy and how he(S)will always be older than his sister. Nothing could budge his anger or sadness at feeling left behind.

As his birthday got closer, I could see his resolve lessen. He missed his friend and when I asked what would happen once he was 5? He quickly told me things would be sooooo much better. Because being the same age as your best bud? Apparently that's very important stuff when you're a kid. And then his birthday was here and he could not contain himself. I think his shirt was made just for him! 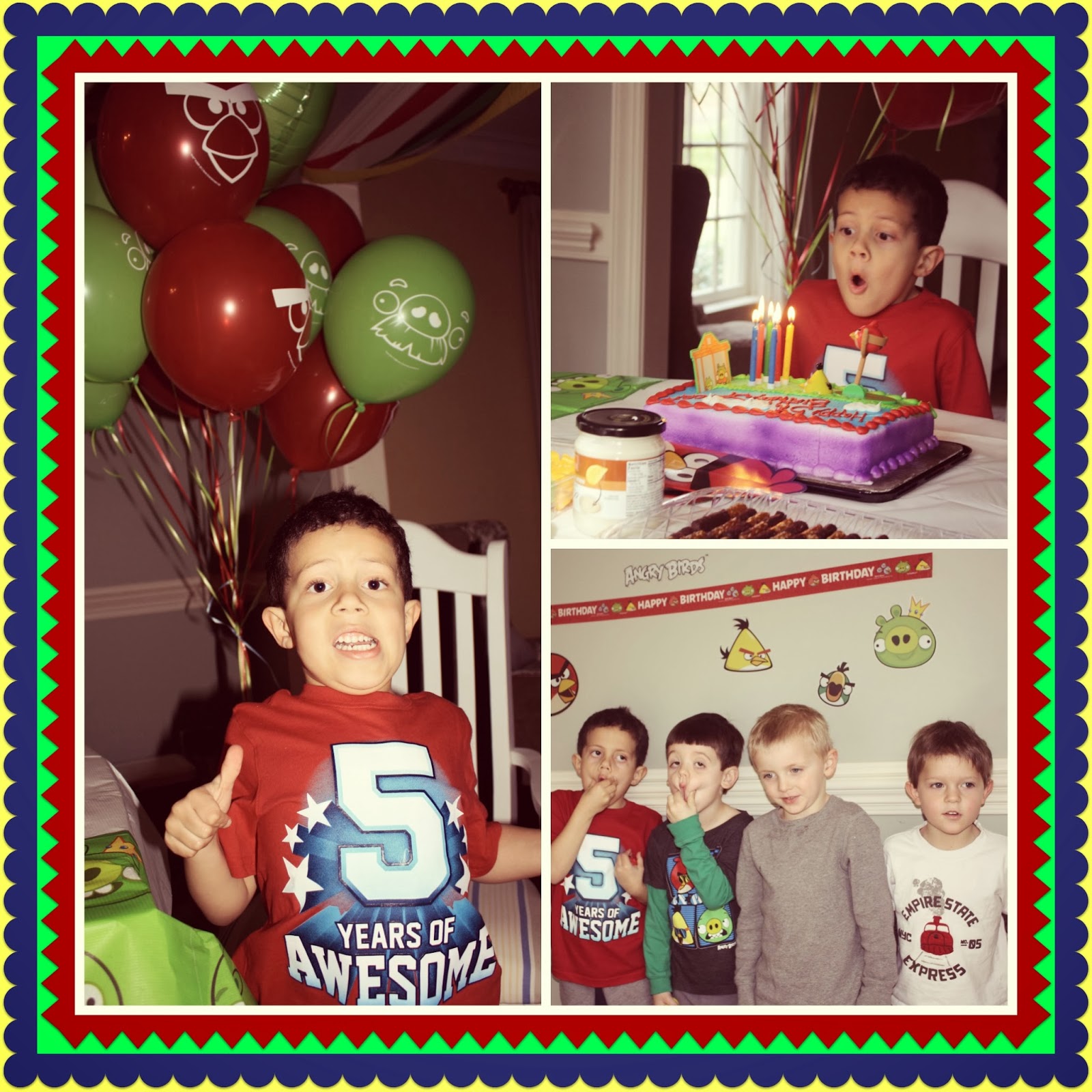 We had a small Angry Bird party and a good time was had by all. There was cake and games and bubbles. There was laughing and boys running around the house like a herd of elephants. Spencer never slowed down and enjoyed every last minute of his big day.

And in end, when he proclaimed "This was the best birthday, EVER!" I could not agree more. Happy 5th Birthday, Spencer!