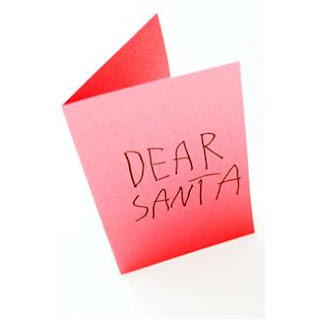 I went back and forth this year with having Spencer do an actual Christmas list to send to Santa. I thought it might be fun but then figured it would be more fun when he could write the list himself in his handwriting.

Imagine my surprise when he came home one day and told me they had made a list for Santa at school. I immediately asked what he put on his list and his response is the same response we have been getting for about 3 months now. Shakity Shake Bridge, Chameleon Crunch game and the wonderful Dog Poop game.

Let me tell you about this Dog Poop game. Spencer was being silly one day, as 3 almost 4 year olds can be and blurted out he was going to ask Santa for a dog poop game. I rolled my eyes and quickly told him no such game existed and Santa would not find it funny. He cackled and was certain that Santa surely would. I ignored his repeating of dog poop game and thought it was forgotten. Until lo and behold comes the commercial to end all commercials:

And boy was he thrilled. Beyond thrilled! The Dog Poop game existed and now he can ask Santa for it and mock me. Seriously folks, a game about picking up dog doo. It's just so wrong and now I can't help but laugh. And wonder if Santa really will bring him the dog poop game...
Posted by Melisa S. at 9:59 PM

New comments are not allowed.