Mommy versus the Children

If you've been reading my blog for any amount of time you know I have two kids that are two years apart. It's been quite the lesson in patience for me. But today...today proved that after all is said and done, I am still in the learning process of handling two kids. 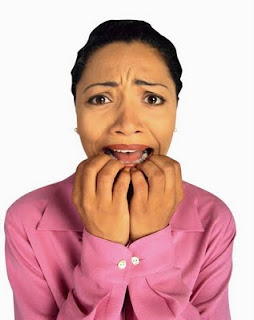 Let me set the scene...both children were kind enough to wake up after 7...7:15to be exact. Both little faces seemed to be in good spirits and so instead of pleading with them to go back to sleep, we started the day.

My toddler, who usually easy going for breakfast decided he wanted nothing but cookies for breakfast. He screamed, he hollered, he pleaded. I laid out his normal breakfast items after telling him there were no cookies. He didn't eat anything but a cup of juice. Toddler 1, Mommy 0

Time to tend to my infant who was more fussy than usual and looked like she wanted to fall asleep, she didn't. She also didn't want to eat. I held her, I rocked her, I played with her. Nothing seemed to work and she just whined and cried. Infant 1, Mommy 0

I rarely take both kids out by myself. I just have not acquired the nerves it takes to do so. Actually, I do take them out but only if their is a drive-thru involved, otherwise I usually stay close to home. So what possessed me to attempt a trip to a clothing store with both kids? I didn't really need anything but off we went.

My infant whined and fell asleep once we reached our destination. The toddler proceed to scream at her until she was awakened and then laughed at doing so. I explained to him that it was not nice. I also explained what we were doing and the behavior I expected. I missed the mischievous twinkle in his eye.

We walked from the parking lot to the store with no issues. My toddler happily talked as we walked. He was obviously trying to put me at ease. And he did. I grew confident and began wondering why I hadn't done this before. And then we entered the store...

The toddler decided everything I had told him in the car was just for fun. He proceeded to hide in the clothing racks and shake his sister's stroller. His sister proceeded to whine, cry and fuss. I began to feel the sweat accumulate as my patience grew thinner and thinner. I pleaded with both children. I scolded in hushed tones. I threatened. To no avail.

I finally go to the fitting room in hopes of gaining some control. And there...there I am greeted with the stench of death. That's right my toddler has filled his diaper. In a store with NO public bathroom. It's as if it was his ultimate way of saying "I am crapping on your rules."

I barely make it to a restroom with my sanity. At that point I am full on sweating. The infant has not stopped fussing and only wants to be held. I wave the white flag...we are done. The children have won, victory is theirs.

I am sure there will be a next time. I just have to have better battle plans. And backup.
Posted by Melisa S. at 10:27 PM