TV is my Boyfriend 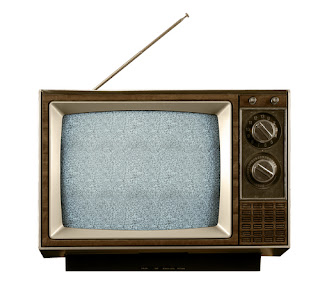 I have always watched a significant amount of TV. Even as a kid I remember getting dressed up and ready to watch Wonder Woman and then as I grew from child to tween/preteen Silver Spoons and Growing Pains. I remember watching shows and then having them cancelled and how for weeks after I wondered what happened to the characters. I didn't know about seasons or arcs or any of that (until my beloved Roswell.)

I have a love - hate relationship with reality TV. It's easy to get sucked in and vested in people that are supposedly putting themselves out there. But lately...on show has been getting on my last freaking nerve. The show? The Real Housewives of New Jersey, brought to us courtesy of Bravo. I watched a few episodes of the original Real Housewives of the OC but they didn't hold my interest. But when they brought the Jersey women to the TV? Yep, they had me hook, line and sinker. Here was a group of women in the one state that people love to make fun of...that had opened their lives to cameras for all of us to watch, judge and berate. I loved it from the start and have stuck by each season. But this season? This season has me rolling my eyes and just wanting it all to end.

I am over the behavior that has been on display this season. Especially by Teresa Guidice. I use to like her and rooted for her, even when it was apparent that she nor her husband know the first thing about financial responsibility. She was kooky and over the top, but seemed harmless. (Except maybe when she's flipping tables, google it.) But this season? She has turned into quite a bitch. She's obviously very jealous of her sister-in-law and it is very unbecoming. I get having "family" hurt you...but to never take the high road? Or even be capable of doing it? For the sake of your hurting child? In one word? Actually two, it's sad and disgusting.

Just last week (while I was on a lovely vacation) there was a twitter war between two of the ladies. Another display of their apparent lack of class. Grown women...FIGHTING ON TWITTER. Even in all caps...do you see how stupid it is? I can only shake my head and hope Bravo can fix this mess they have created. I understand the need for drama...but this mess? This mess is no longer worthy of my hour.

Anyone else watch? Have thoughts? I think I may start talking about TV shows on Tuesdays. I rarely watch anything in real time and I need a place to vent....
Posted by Melisa S. at 10:32 PM