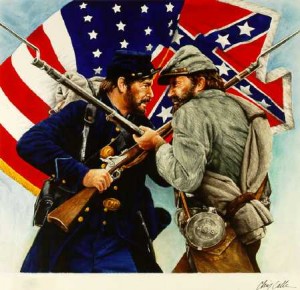 I was born in the north, New York to be exact. I take pride in being a northerner, even if I have now been in the south for more years than I was ever in the north. I'd like to think the time I spent there molded me into the person I am. Of course southerners will always tell you people from up north are rude. And sometimes they're right. This is one such time.

Last weekend we were in Massachusetts and now that we have kids trips and the things we do on them are different. When I lived in Boston as a college girl I didn't recall there being so many parks. I rollerbladed along the Charles River and watched concerts at the Hatch Shell on the esplanade. But parks? With slides and swings? Don't recall ever setting foot in one. But the last 2 visits to Boston? Oh yes, we did parks.

We went to a park around the corner from where my brother lives and I sat with the Teagan in her stroller while Spencer played with his dad and his uncle. Until several little girls showed up. See Spence loves when other kids show up! He gets excited and says "kids, kids". And little girls put me at ease because they aren't so rough and tumble. And they always keep an eye out for my boy, eager to lend him a helping hand.

But this time it was different. In the group of girls that showed up was a tall 3 year old. We know she was 3 because when my son went to play with her she said "I don't need your help little boy, I'm 3!" And had it not been said so nastily I would not have minded. And had this same girl not been bratty to the friend she had come with, I would not have thought anything of it. But she was aggressive,bratty and dismissive of my friendly, charming son.

My husband looked at me and I could only shrug and say "guess this is the difference between northern little girls and southern little girls.". And it was the first time I was truly proud to be from the south.
Posted by Melisa S. at 1:49 PM